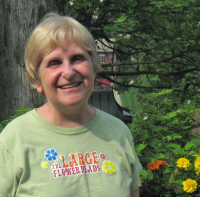 Storm Clouds Rolling into the Outer Banks at sunrise gave me inspiration for a painting that I did recently.

It was dramatic and colorful with such contrast between the dark clouds and the sharpness of the sudden appearance of the sun from beneath them.  I watched and photographed them for quite a while and eventually the clouds dissapated and gave way to the power of the sun to bring its morning light.

I have called this work, simply, " Storm Clouds"
Posted by Unknown at 6:12 AM